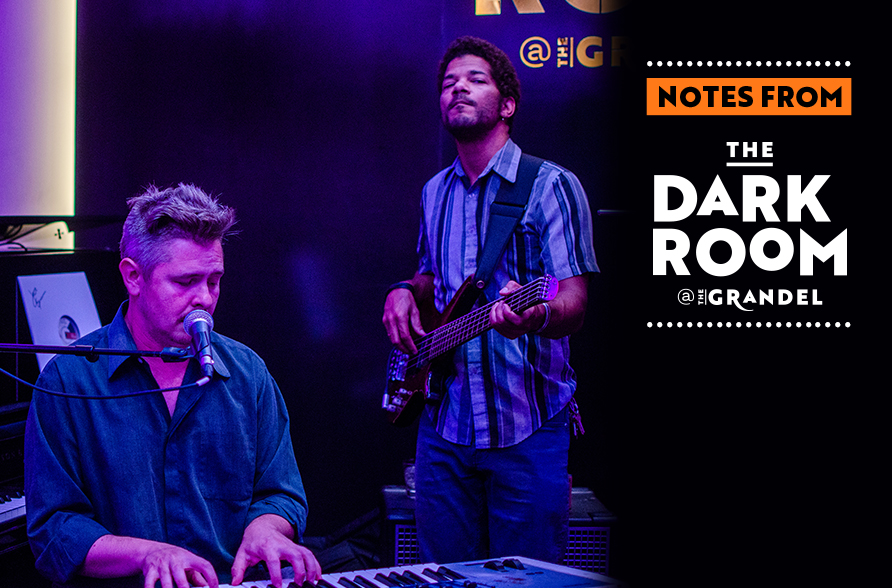 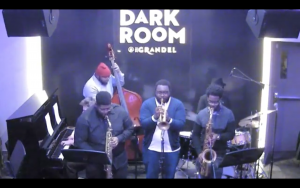 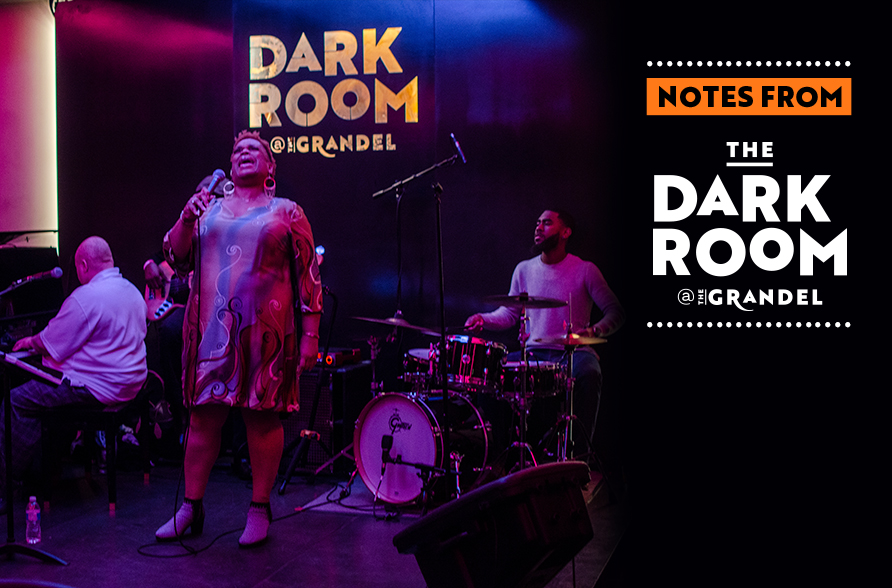 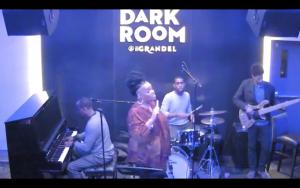 Whenever Anita Jackson takes the stage, there are bound to be some surprises…

Her Dark Room performances tend to bring in some of St. Louis’s most storied soul singers, as well as some of the city’s most highly-respected jazz musicians. It can turn into a literal game of musical chairs!

It’s not only an interactive experience between the musicians though. The crowd gets to make their mark on a performance as well, by making song requests and dancing, sometimes with Ms. Jackson herself! Her band is adept at fielding requests, though they joke from the stage that they’ll “butcher them all.”

Though the band plays wonderful renditions of R&B classics like Deniece Williams’s “Free” and Marvin Gaye’s “What’s Goin’ On” in the first set, it was the second set on this particular evening that had the crowd going. The ultra-high-energy mood that you’ll see here really sums up what an Anita Jackson show is all about: having a good time. Sometimes we can be too serious with our music preferences or hold unnecessary ideals about what is art. I say, look no further than the Dark Room stage while Anita Jackson stands on it. None of those high-minded conversations matter, when all we really want to do in this life is have a good time…

The second set contains an all-out extravaganza of funk. First, Jackson invites Silky Sol to the stage to sing A Taste of Honey’s “Boogie Oogie Oogie”, complete with an amazing bass solo by Teddy Brookins. He catches so much fire that Jackson ends up fanning him off!

Then, in honor of International Women’s Day, Jackson starts off the Commodores’ classic “Brick House” by singing the bass line. She then proceeds to sing the song from a different perspective: the woman’s perspective. It’s really a must-watch moment, with Brookins continuing to reach deep down into the funk, with percussive slap bass perfection.

Next, she invites Chuck Flowers up to sing a request, Bobby’s Womack’s “You’re Welcome, Stop On By”.

The crowd is riled up by this point, but soon they really get rollin’ during the American classic, “Proud Mary”. When the band transitions to the famous fast section of the song, the crowd loses their collective minds! 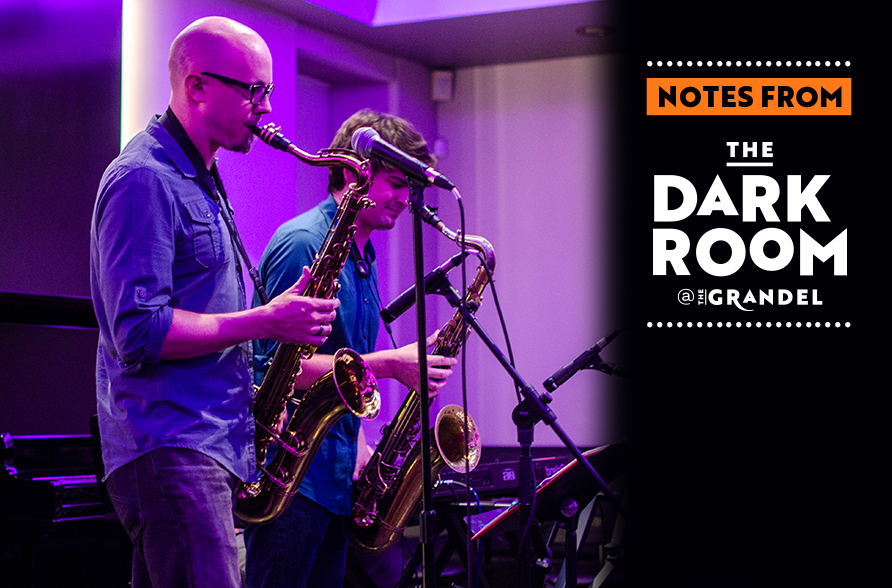 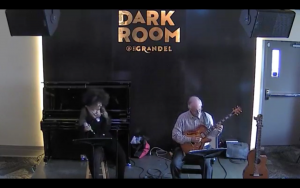 One thing I love about Dark Room performances is hearing all the different influences that go into each artist’s personality. Jazz overlaps with other musical styles on a regular basis, and the individual voice of each artist determines what kinds of other influences you might hear in a performance.

Kim Fuller has been a wonderful artist for the Dark Room Stage, especially for our brunch. She has a very nice, bright voice and such a radiant personality! Once during a performance, she wound up doing an impromptu tap dance!

After an Aretha Franklin tribute of “Chain of Fools” and “Respect”, she and Byrne did a version of another great soul song, “Dock of the Bay,” which famously features a whistle during the outro.

Fuller asked if there was a whistler in the crowd because she never learned to whistle. No one volunteered, but when it got to that section of the song, Fuller asked the crowd again. Right on cue, a young woman started to whistle, and she sounded great. She whistled that whole section before the crowd erupted in applause and laughter. It was a fun moment, with smiles on faces all around.

These are the kind of special moments that happen at the Dark Room that truly make it a special place.

The intimate atmosphere of the room really lends itself to organic performer-listener engagement. 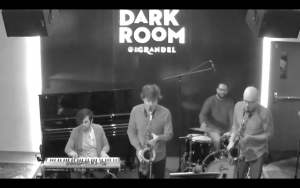 One of the most consistently strong groups that has played The Dark Room is the Unity Quartet. The unique instrumentation is enough to perk up the ear, and the strength of the musicianship entices listeners back again and again.

Led by saxophonist Ben Reece, the quartet featured Austin Cebulske on tenor saxophone, Ryan Marquez on organ, and Demarius Hicks on drums, on this date. Each one of these guys can play up a storm, so having all their voices combined on the same bandstand made for some dynamic musical conversation!

One highlight was early in the set, during “Sandu”. Cebulske takes the first solo, and with Marquez providing a strong harmonic foundation, he eventually blasts off into a higher register, giving the whole band a sound reminiscent of the Saturday Night Live house band during the show’s closing credits. It’s an all out organ-drenched swingin’ soul jam!

The band is great at taking an old standard and updating it with modern, impenetrable rhythms and stylized phrasing. A good example from this set is “Bernie’s Tune.” The groove has a “sneaky” quality to it that is irresistible.

Hicks keeps it extra funky during his drum solo, and a nice exchange develops between Reece and the funky drummer, keeping things interesting, before the main theme of the song reemerges. 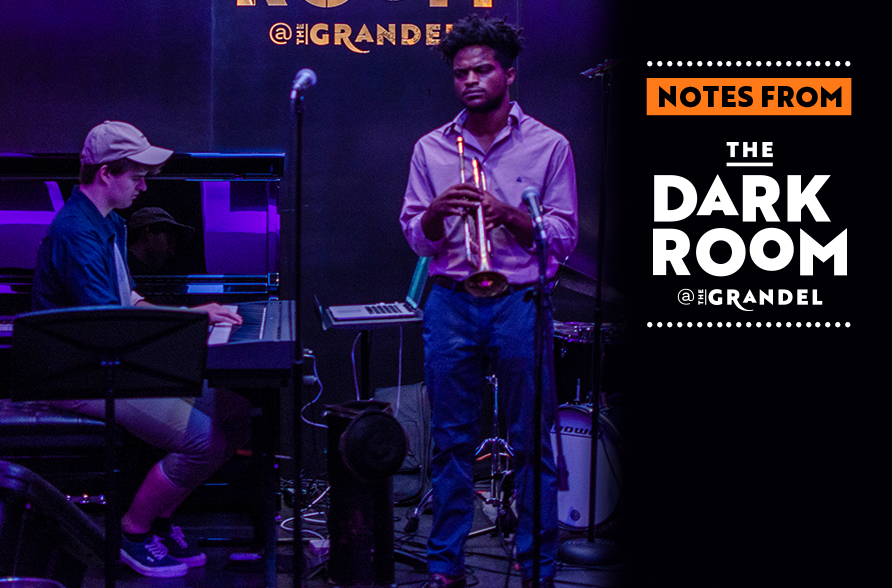 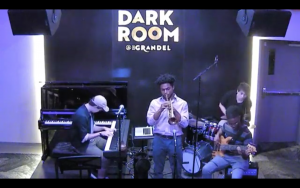 A night with Owen Ragland and crew is guaranteed to be chock full of chilled-out grooves that have more of a modern tilt, with neo-soul, hip-hop, and even electronic influences. Eighteen-year-old Ragland brings this multi-stylistic approach, bolstered by years of piano training, to every Dark Room performance, and it’s a wonder to be able to experience the growth of this young musical mind.

One of the standouts from this particular evening was the now-classic, “Afro-Blue” by Robert Glasper (ft. Erykah Badu). During trumpeter Khamali Cuffie-Moore’s solo, the beat morphs into an impeccable, glitchy modern groove held down by Tilton Yokley (bass) and Keith Bowman (drums).

As we saw in an earlier post, musicians who play with each other consistently start to anticipate their bandmates’ every move. You can see this band developing these complex, non-verbal interactions, which you might call interplay. Wonderful, spontaneous moments able to occur more freely when a band becomes more familiar with each other’s playing style.

A good example of this can be heard here. The open-ended jam begins out of abstraction, like something Philip Glass might come up with. Then, sensing a moment to bring up the energy of the band, Bowman takes his solo. He brings the energy up, takes it down, and then brings it all the way back up again, before silencing himself resolutely to let Ragland’s beautiful piano shine and take the song out…

A couple other highlights: 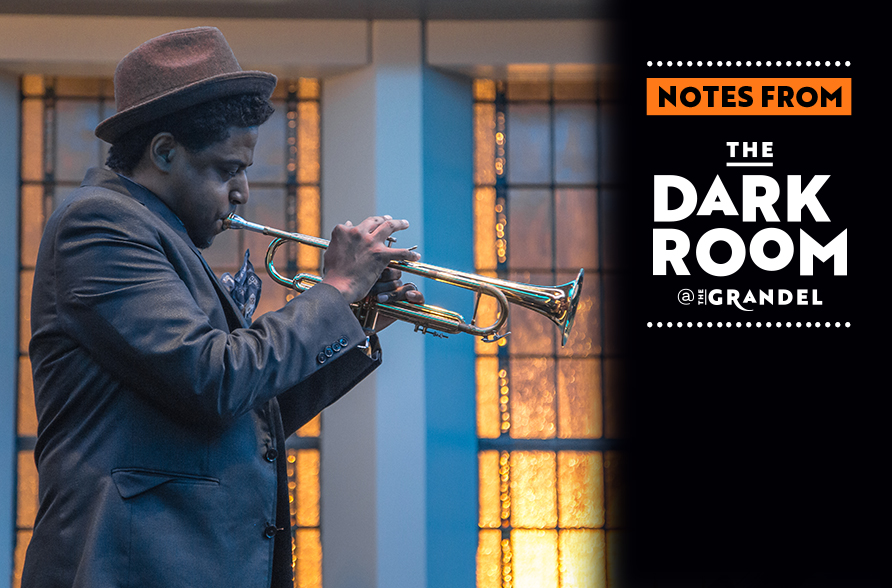 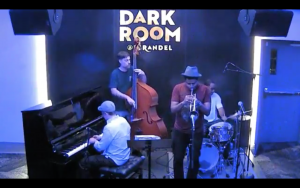 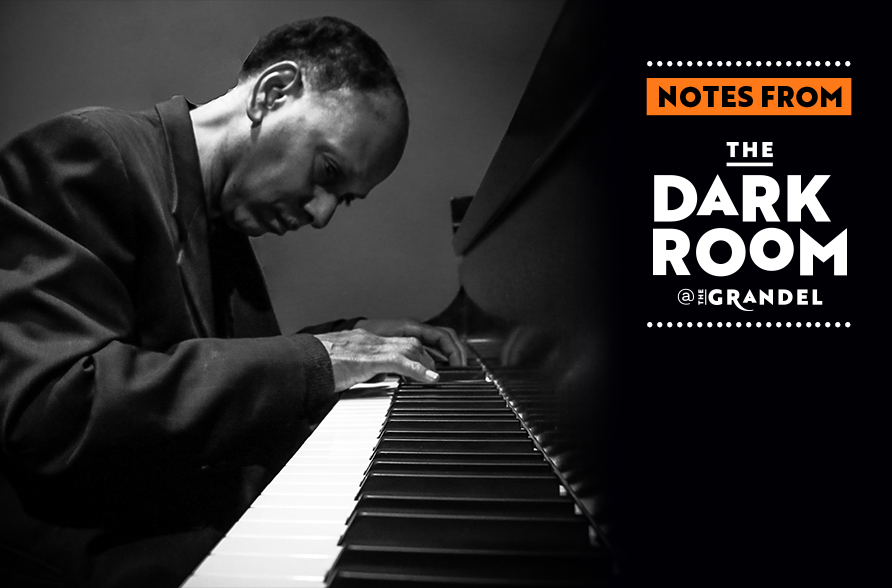 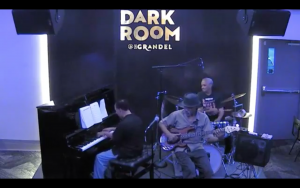 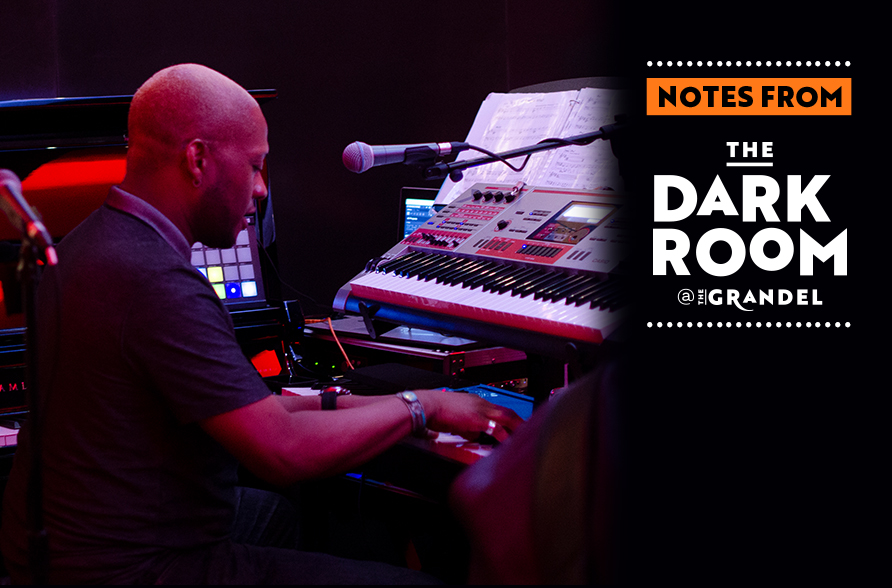 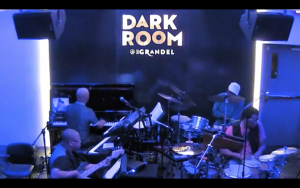