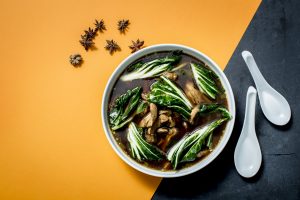 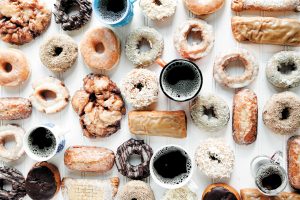 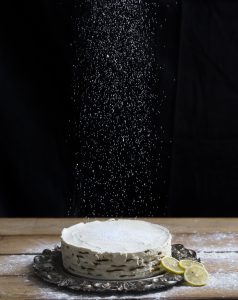 Of our five senses, taste and smell are perhaps the most unappreciated.  Ubiquitous to our survival (we must eat to live, and in the U.S. that includes several meals each day), the senses of taste and smell are often left out when art is concerned.  In a traditional Museum environment, it is easy to find artworks that appeal to the senses of sight and to hearing, but it is not so easy to encounter works that elicit responses from your olfactory and taste centers.  Maybe this is because works of art that appeal to those senses tend not to exist in this world for long; conversely, perhaps there is a stigma preventing food from elevating to such a platform in our culture.  Or, maybe it is just an indication of the limitations of these institutions in attempting to preserve all of culture and art for posterity.  After all, a quick tour through any social media platform is quick to divulge that food and drink have become thoroughly aestheticized, visually worshipped even, and history provides that the culinary arts matured alongside (not after) the visual arts.

Photography is another art form often overlooked.  A relative late-bloomer to the artistic panoply, photography was considered for much of its past to be separate from art, a mere scientific phenomena.  In photography, food has been a subject from the very beginning, with some of the earliest examples imitating compositions derived from paintings of food.  For Modernist photographers like Edward Weston, food (usually vegetables or fruit) sometimes stood in for the sensuous human form.  By the mid-20th century, advertising images for food often assumed the production values of high fashion.

FEAST Magazine carries on this tradition with cover images and full-color spreads designed to tantalize our senses of taste and smell, and to transport us to the tables of the area’s best regarded chefs and sommeliers, craft brewers and cooks.  Each issue is a breathtaking glimpse into the world of food, both the production of it and the presentation, that stimulates the mind and palate.  What is perhaps not so obvious is the tireless work behind the scenes, of the food stylists, art directors, and photographers.  This exciting collaboration between FEAST and The Dark Room is for you; without your commitment, our pictorial landscape in St. Louis would be devoid of so much color (and taste and aroma).